Xylene is mainly used in chemical industry. The industries who use xylene more are organic solvents and synthetic medicine. Such as paint, resins, dyes, detergents, detergent, pesticide, dynamite and so on. Xylene is also one of the components for aviation fuel.

Xylene can discharged into water bodies with the industrial wastewater in the process of industrial production. But there is no persistent pollution to water because that the xylene has strong fugacity in the water.

Generally speaking xylene will degrade in the environment. Xylene transfer speed is slower than the volatile speed in aqueous solution. The xylene will also be photolysis after volatile into the air. The photolysis process is the main migration and transformation process. The xylene harm is not badly than we imagine. The xylene incoming and metabolism to human body is very fast. However the xylene in the human body could excreted totally if it stop to contact with xylene in 18 hours. At the same time, it has no effect on human health. So not contacting or incoming the xylene will not affect human health unduly. Xylene is belong to moderate flammable items and xylene vapor is heavier than the air. So xylene often close to the ground and spread along the ground when burning. 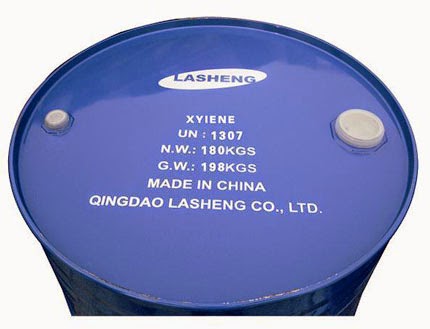